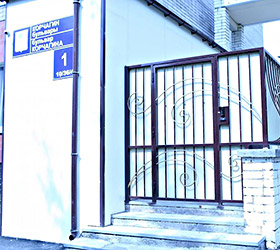 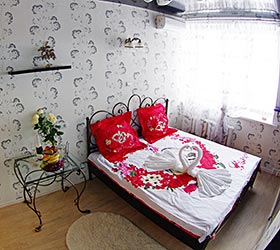 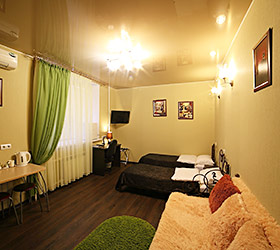 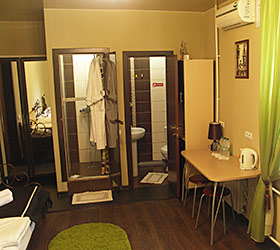 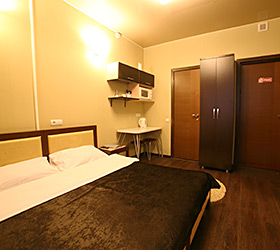 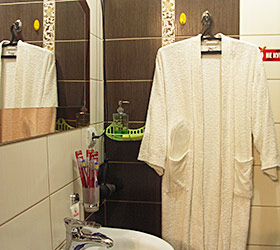 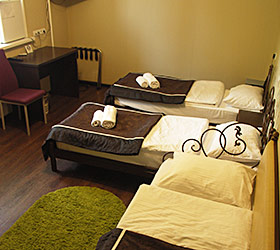 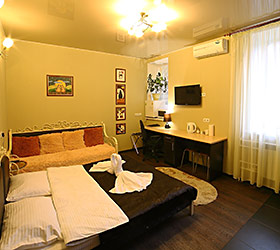 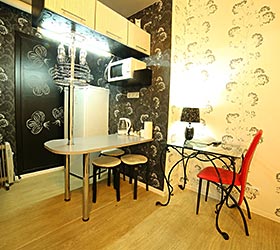 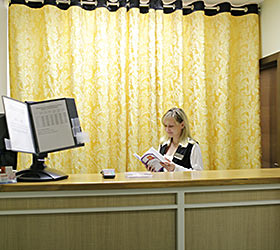 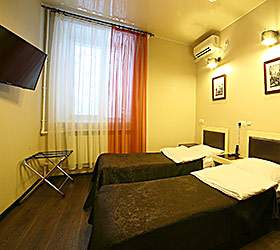 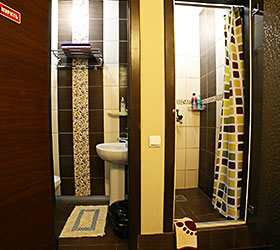 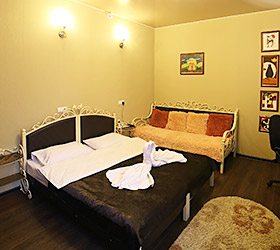 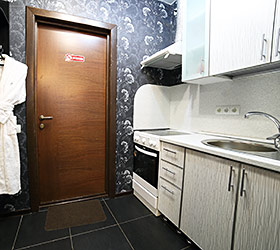 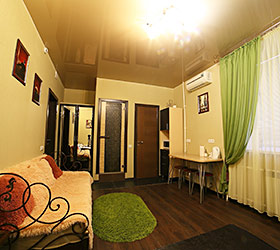 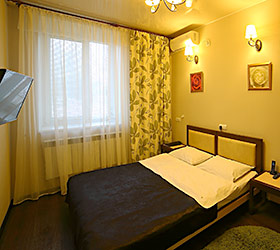 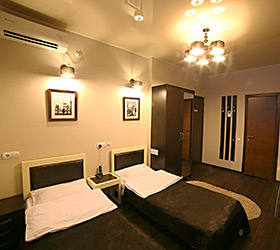 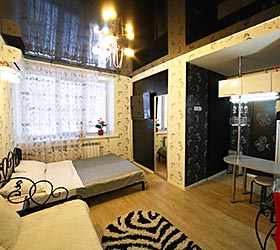 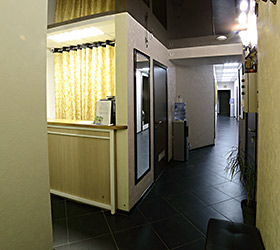 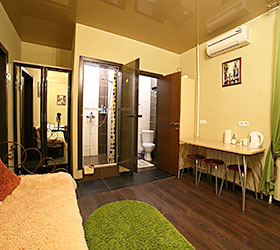 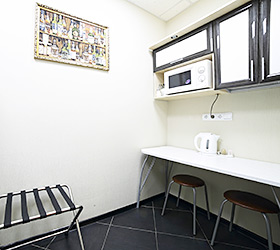 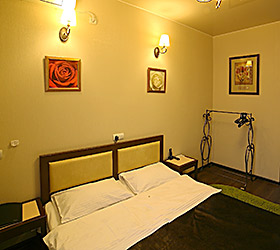 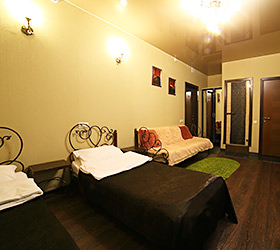 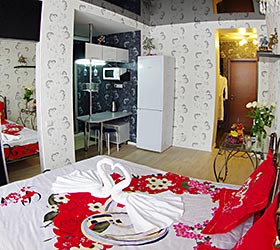 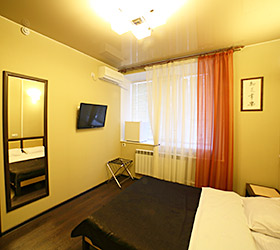 "Kama Hotel", opened in 2013, is situated not far from Begishevo Airport. A bus station, a railway station, a dolphinarium and a hypermarket are all within walking distance. Kama Hotel provides accommodation in Single, Double and Triple rooms, among which are several non-smoking rooms. All rooms are complete with modern furnishing and appliances - air conditioning, LCD screen TVs with cable channels, Wi-Fi Internet access. Each room has its own bathroom with modern fitment, shower and set of toiletries. Rooms have kitchen areas equipped with fridge, microwave ovens, electric kettles and tableware.